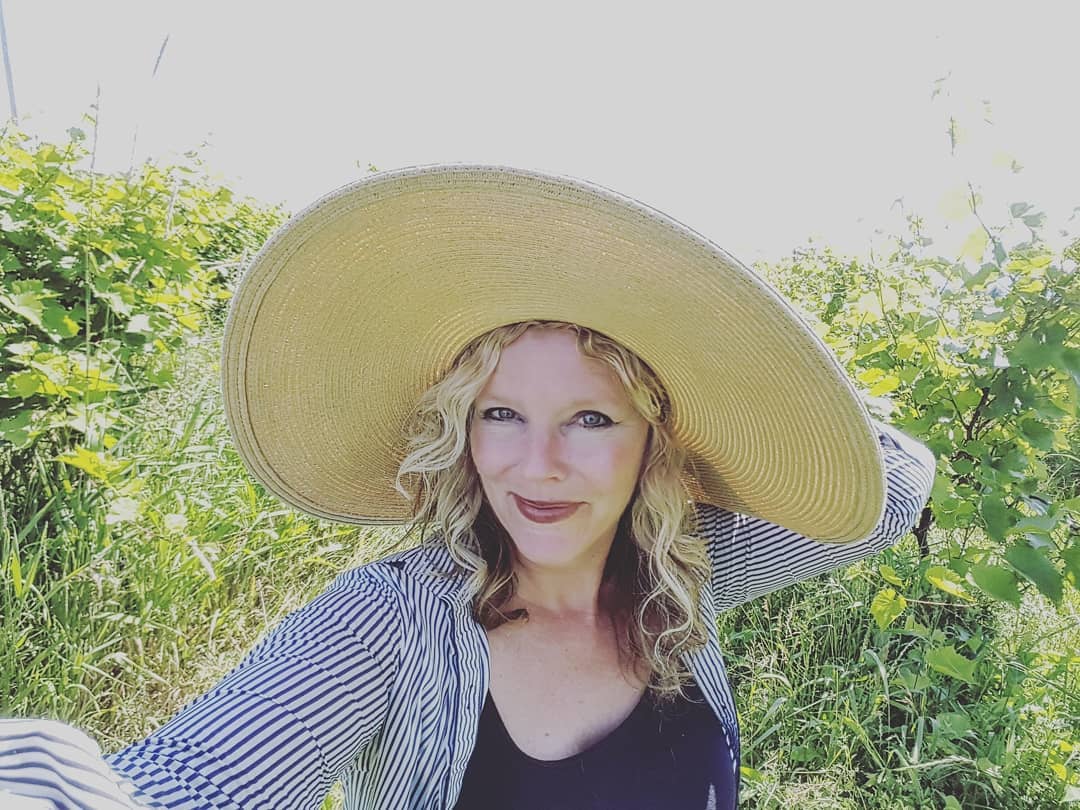 La Garagista is located on Mount Hunger at the edge of the Chateauguay forrest in the Piedmont chain of hills in Barnard, Vermont.
They produce terroir expressing alpine wine and ciders. The land has been part of small homestead farming for over two hundred years and Deirdre Heekin and Caleb Barber have owned the property since 1998. The farm is tended with care and observation of the native terroir, a whole-farm and diverse agriculture where not only grapes are grown but also vegetables, fruits, flowers, and herbs. This is all used in the tiny Hart Tavernetta Bar a Vin in the old garage winery for lovely and frequently spontaneous pop-up and supper club events.

La garagista Farm + Winery began in 1999 with initial efforts at gardens whose produce was used at Deirdre and Calebs long-standing Osteria Pane e Salute which they ran for twenty years in the village of Woodstock, Vermont. The winery opened its doors in 2010 while the restaurant was closed in 2017 in order to focus attention solely on the farm and winery. Deirdre is winegrower, organizer, writer, photographer, flower farmer, would-be designer while here husband Caleb is generally responsible for the gardens, cooking, design, building, mechanics, factotum, philosophy, overall farm management. Camila, the assistant winegrower, is grower, organizer, creator, systems manager and right hand.

Wines are produced from grapes grown in four distinct vineyard parcels: the home farm vineyards "les bonnes femmes", and a joint project just across the road "les forestieres", and two older parcels of vineyards in the Champlain Valley "les carouges" and "i selvatici". The work done at the farm both in the field and in the cellar, is guided by organic, permaculture, and biodynamic thought. The goal is to let all elements of the farm speak for themselves accompanied by minimal intervention stewardship. The mission is to care for the land in creative and natural ways this in turn makes way for the honest narrative told by the wines and ciders.

"We are farmers. Just like the garden spills into the vineyard, and the roses spill into the orchard, we always have a flow of creative people who lend their skills, thoughts, and energy to the project at hand whether its pruning, planting new vines, turning new beds, or harvesting. For them, we are forever thankful. These are the hands and hearts that make La Garagista." Deirdre Heekin

Press from the New York Times:

"But what if hybrids were farmed as carefully and conscientiously as the finest vinifera grapes in a historical vineyard? And what if those grapes were lovingly and naturally handled in the cellar, with no additions or subtractions, to bring out their best expressions? Though it’s not exactly her

intention, Ms. Heekin and her La Garagista wines demonstrate that wines made of hybrid grapes can not only be deliciously satisfying but can also show a sense of place." -Eric Asimov

La Garagista is a small winery that releases wines throughout the year. Their production does not meet demand, so please contact us for current and upcoming releases.